My name is Marwa al-Sawi

In 2007, as a young mother of a beautiful 3-year-old boy, I was rendered nearly motionless. The pain in my back and hips had reached a stage where I could not bend, turn, lean, or pick up my child. No doctor or therapist could help ease the pain. Not until I came across the Feldenkrais Method™ for Somatic Education. I spent the next 7 years immersed in learning how to (re) organize myself for movement and for rest. A process that shifted how I see myself and how I interact with the world around me.

I became a certified Awareness Through Movement™ instructor in 2009, holding group classes in movement education. And a certified Feldenkrais Method™ Practitioner giving one-on-one hands-on sessions in 2013.

But stories are seldom about just one event, right?

5 years ago, as a young divorced mother of 2, and a practicing movement coach, the unthinkable happened; my knees snapped! Yes! As I attempted to stand on my legs one morning to get out of bed, I found no support and fell to the ground! I tried again, and again, but my body said, NO! It was quite a dramatic experience and full of irony! Like the Arabic saying that goes bab el Naggar mekhala’ (the carpenter’s door is crooked), while I could bring ease of movement and coordination to clients, my own legs revolted and chose not to function! 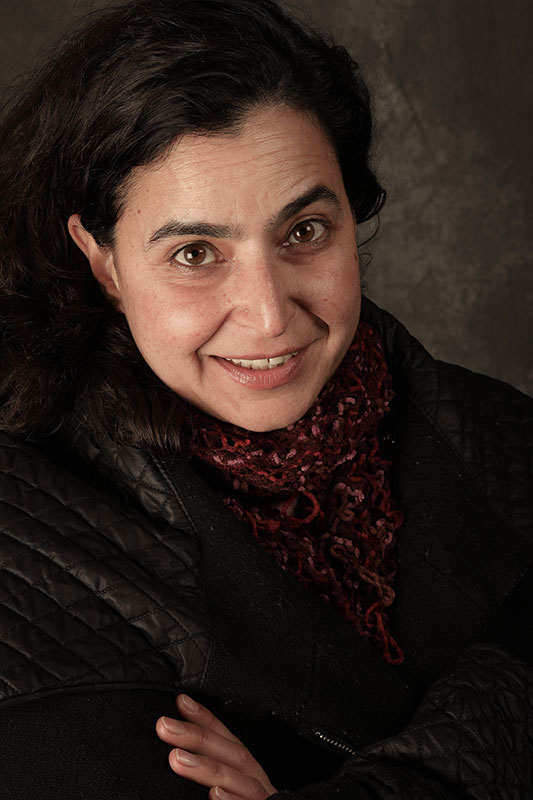 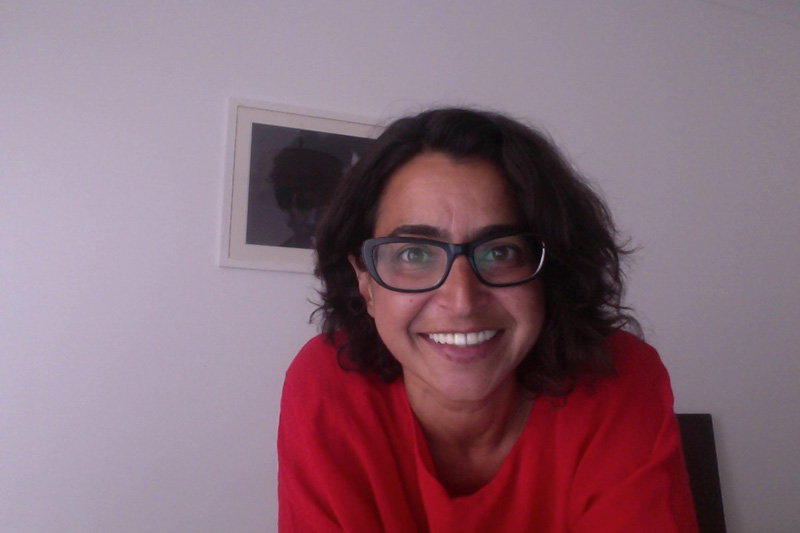 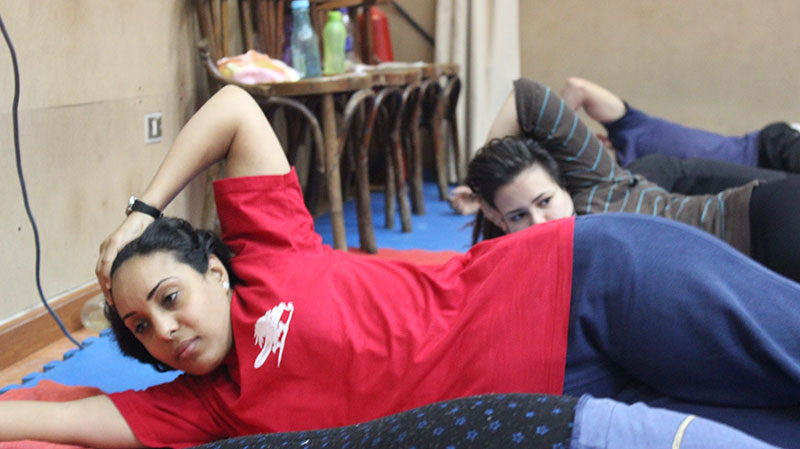 Now, in hindsight, I can look back and see that I was overriding my needs and pushing against a surge of traumatic charge within me. I had lost the father of my children to a tragic car accident and was still recovering from all the overwhelming events of the previous years in Egypt during the revolution.

Well, what else could I do… my body was in charge now, and I had to listen. So I spent the next 3 months re-learning how to befriend my hip joints, knees, and ankles. I would spend hours every day on the floor with awareness through movement lessons scattered about me, moving very small, moving very slow, re-membering the mechanics and art of movement.

Later that same year, I was in great luck. For the first time in Egypt, an introductory workshop was taking place on the work of Peter Levine. And I started my journey with Somatic Experiencing™ Trauma Institute. The groundbreaking work put the body center stage and allowed traumatic experiences the attention they craved in order for their charge to settle.

I have grown more humbled and empowered by our bodies and our collective sense-bodies over this time. The more sessions I give, the more lessons I attend, the more awe and respect I develop for our body-states.

When I found the Feldenkrais Method I found my way back home.

Into my body.
Watch this video to learn more.
—> Read Somatic Experiencing 101 here
When I found Somatic Experiencing I found a way to inhabit that home without overwhelm, and without fighting myself for who and how and what I am.
Both modalities are a match made in heaven, and this here is my website where I share everything I continue to learn and offer with you.

I call myself the movement learning coach, its easier to remember than Feldenkrais Practitioner, Awareness through Movement instructor, and Somatic Experiencing therapist-in-training. But I am all of these things 🙂 And a few more, which I will tell you about soon.

Haraka baraka is a popular Egyptian saying, it literally translates to movement is a blessing.
The founder of the Feldenkrais Method said “movement is life”, and the founder of Somatic Experiencing said, “trauma is in the body”

Listen and move (Haraka) with and in the body, transmute yourself through feelings and states and you experience the blessing of life (baraka)